Embark on a memorable holiday of exploratory, discovery and much more along Magical India’s famous 5 star Golden Triangle & Pushkar.

Back to India Itinenaries
Book this trip
Print this trip

Embark on a memorable holiday of exploratory, discovery and much more along Magical India’s famous 5 star Golden Triangle & Pushkar.

Today you will board on an overnight plane to New Delhi. Your flight will have 1 stopover with 1-5 hour stopover; direct flights [Virgin, British Airways, Jet Airways and Air India] are available to New Delhi at extra cost, please ask at the time of booking if you wish to fly direct.

Today you will arrive at Delhi’s International Airport. Following customs, immigration formalities and baggage collection, a LUMLE representative will meet you as you exit the arrivals terminal building and transfer you to your hotel.

Perhaps there is no other capital city in the world so steeped in history and legend as the Indian capital Delhi. It was the magnet, which drew the Mongols, Turks, Persians, Afghans, Mughals and the British, all of whom contributed to its glorious but turbulent past. The fascination with Delhi was such that even though it was abandoned many times, its rulers returned to it, again and again, rebuilding it at least seven times. Today, the twin cities of Old and New Delhi still intrigue Indians and tourists alike as the cultural and political capital of the largest democracy in the world.

Early morning you will embark on the combined city tour Delhi. Delhi is divided into two parts New and Old Delhi. First, you will visit the old part of Delhi. You will visit:

Jamia Masjid – One of the oldest Mosques in Asia followed by a rickshaw ride in the old narrow streets of Chandini Chowk, silver streets and spice Markets, then later visit the Red Fort (photo stop only) and the Rajghat – Cremation place of Mahatma Gandhi. Following this, you will take a break at local ethnic restaurants (at own cost). Afterwards, you return to the hotel.

After lunch, you will kick off the second part of your Delhi tour for sightseeing of New Delhi by visiting Rashtrapati Bhawan (President’s House) and its well-maintained Mughal Gardens, the Parliament of India and India Gate, a war memorial. Then you’ll visit the famous Humuyus Tomb – replica of Taj Mahal made of sandstone and marble. Other highlights of the day include visit to Lotus Temple – belonging to the Bahai Faith. Later visiting the Tallest Minaret called Qutub Minar and return to the hotel.

Upon arrival in Agra, you will check-in at your hotel and a representative will assist you to complete your check-in formalities.

Agra came into the limelight during the rule of the Afghan King Sikandar Lodhi – who had made it the capital of his empire. Later in 1526 A.D., the Mughal Emperor Babar took upon himself the task of rendering Agra, a unique character and beauty of its own. The next few hundred years of Agra witnessed the rise of the pomp and pageantry of three great Mughal monarchs – Emperor Akbar, Jehangir and Shahjahan. In modern times, the city of Agra is a thriving carpet industry where you can also find leather workers, sandstone and marble sculptors, some of whom claim to be direct descendants of the craftsmen who had helped build the Taj Mahal.

Overnight at the hotel Hilton, Agra or similar
Day 05 : Agra
Visit the Taj Mahal at Sunrise (Depending on the weather), monument remains closed on all Fridays. Taj Mahal was built by an emperor in memory of his beloved queen.

Construction of the Taj Mahal began in 1631 and is believed to have taken 18 years to complete, with over 20,000 craftsmen working around the clock. The design and construction is said to be that of the legendary architect, Ustad Ahamad Lahori. What makes the Taj Mahal unique is its perfect proportions, distinct femininity, the medium of construction and ornamentation. Its marble exterior reflects rose and golden tints at sunrise and sunset, while it is dazzling white during the day. It is impossible to visualize the Taj Mahal in any surrounding others than its paradoxical garden. Paradise, in Islam, is visualized as a lush garden where running streams flow.

Come back to the hotel and enjoy your breakfast.

Later visit the impressive Agra Fort, the seat and stronghold of the Mughal Empire for successive generations. The buildings within this sprawling fort complex represent the assimilation of different cultures, which was the mark of the Mughal period. Most of the structures within the Agra Fort are a mixture of different architectural styles.

Today after breakfast, you will drive to Jaipur (approx. 235 kms / 5 hours) en-route visiting Fatehpur Sikri – the deserted red sandstone city that was built by Emperor Akbar as his capital. Ponder the mysterious desertion of this capital city that was dramatically abandoned a few years after it was built. It was a veritable fairytale city and its ‘ruins’ are still in a pristine condition. It is not hard to imagine what the court life must have been like in the days of its grandeur.

After the visit, continue your drive towards, Jaipur.

Jaipur – the capital of Rajasthan province is known for its arts and crafts, jewellery, hand-painted fabrics and stone sculptures; it is one of North India’s finest examples of a planned city embodying the best of Rajput and Mughal architecture.

Upon arrival in Jaipur, you will be met & assisted by LUMLE representative for your check-in at the hotel.

The evening is at your leisure.

Overnight at the hotel Hilton, Jaipur or similar
Day 07 : Jaipur

After breakfast, visit Amber Fort. High above the city, the towers and domes of the Amber Fort are reminiscent of scenes from some fairy tale. The palace itself is within the enormous fort complex and is replete with halls, gardens, pavilions, and temples. The Hall of Mirrors is not to be missed where one lit matchstick can illuminate the entire room.

Later proceed to visit the City Palace Museum where you can see an imposing blend of traditional Rajasthani and Mughal Art. The museum is resplendent with its collection of robes of royal princes, carpets, an armoury of old weapons, miniature paintings portraying court scenes, battle scenes and processions, Also visit the awe inspiring Jantar Mantar (an accurate observatory built in 1726 AD).

Your tour also included is a photo visit at the Hawa Mahal (Palace of Winds) – a five storied wonder with a spectacular pyramidal facade and overhanging windows with latticed screens, domes and spires.

Later walk through the colourful markets of Jaipur.

Overnight at the hotel Hilton, Jaipur or similar
Day 08: Jaipur – Pushkar (By Surface)

After Breakfast, you will be driven to Pushkar (330 Kms/5 Hrs). Upon arrival, proceed for check-in at your hotel.

The village of Pushkar lies on the edge of the desert. At its heart is one of India’s most sacred lakes. There are 52 ghats around the lake, and numerous temples. The Brahma temple, especially, attracts pilgrims all year round. Apart from its religious significance, Pushkar is known for its Cattle and Camel fair held every year in the month of Kartik (October/November). You can also witness the evening prayer meetings in the temples. Being a religious town, alcohol and non-vegetarian food is taboo. In the afternoon go for the city tour of Pushkar.

Explore the village of Pushkar with the guide today.

Visit Jagatpita Brahma Mandir is a Hindu temple situated at Pushkar close to the sacred Pushkar Lake to which its legend has an indelible link. The temple is one of the very few existing temples dedicated to the Hindu creator-god Brahma in India and remains the most prominent among them.

Overnight at the hotel Aram Bagh, Pushkar or similar
Day 09 : Pushkar – Ajmer (By Surface) and Ajmer – Delhi (By Train)

Breakfast is at the hotel. Morning is at leisure.

Afternoon you will be transferred to Ajmer railway station [20 Kms/45 Min.] to board your train to Delhi.

On arrival at Delhi railway station, our representative will meet you & transfer you to your hotel.

Today is at Leisure.

You can do go some shopping in the Delhi market. For example – Channa Market, Connaught Place, Chandni Chowk, Karol Bagh etc. and return back to the hotel.

Today on time, you will be met by our representative at the hotel lobby & transfer to Delhi International airport to board your home bound flight.

Your 5* or Similar Hotels

Offer is based on Twin share so 2 people must book to complete the offer. So valid with 2 full paying adults:

Hotels : If the hotels mentioned in the itinerary are unavailable you will stay in hotels of a similar standard

Wheelchair access : The hotels and tour are not suitable for wheelchair users.

Mobile number : Please be sure to fill in mobile number when booking. This is so that the driver can get in touch with you.

Flight Documents : Once your final payment has been processed, we will send you an email confirmation. You will receive all travel documentation required for your flights and accommodation shortly afterwards.

Visa : If you are travelling to India, you will require Indian visa. Please check with the Indian Embassy in the country of your residence. For more details please visit https://www.indianvisaonline.gov.in/visa/tvoa.html

Vaccination : If you are travelling to India, you may need to be vaccinated against Hepatitis A, Tetanus and Typhoid. For the most up-to-date health advice, you should visit your local doctor/GP or visit www.gov.uk.

Cancellation Conditions : This offer cannot be cancelled or modified 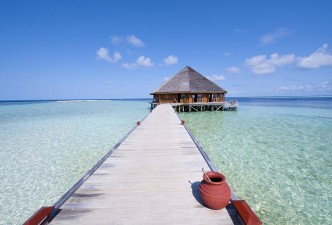 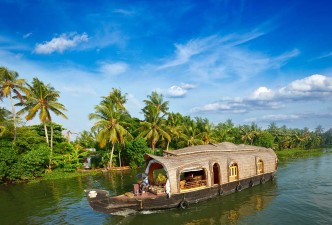 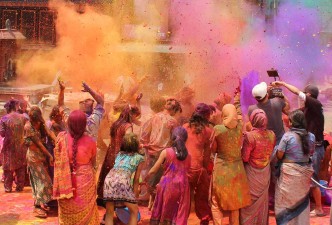 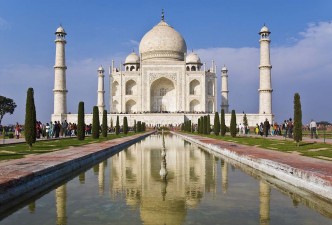 It’s now time to embark on a memorable journey of exploratory, discovery…