Enjoy a fun and educational journey through Malaysia with this action-packed ten-day programme featuring cultural activities in Kuala Lumpur and the beautiful island of Penang.
Back to Malaysia Itinenaries
Book this trip
Print this trip

Enjoy a fun and educational journey through Malaysia with this action-packed ten-day program featuring cultural activities in Kuala Lumpur and the beautiful island of Penang. Discover an exciting vision of the future in the cosmopolitan capital and then journey to the past in Penang, where modernity and old-world charm combine harmoniously in its capital, George Town. Penang is regarded as a foodie’s heaven and you will be tempted to savor the best of Malaysian cuisine almost at every turn.

Kuala Lumpur: Ascend the Petronas Twin Towers and enjoy a 360° panoramic view of the capital from 360 metres up

KL Bird Park: Come face to face with some of the planet’s most colourful and beautiful creatures in this amazing aviary

Aquaria KLCC: Meet the thousands of denizens of the deep who call this world-class aquarium home

Sunway Lagoon: Go wild and get wet during a full day at this fantastic theme park with five different areas

Penang: Visit a house museum and see the lavish opulence in which a Chinese merchant family lived during Victorian times

George Town: Cycle through the historic inner city of this UNESCO-listed World Heritage Site for a street art and heritage trail

In the case that clients can’t find their driver-guide on arrival at Kuala Lampur, please proceed to the following meeting point:

Please note that local conditions prevalent at the time of travel may result in modifications to the tour contents.

Comfortable and light clothing is the most suitable for travelling in Malaysia. Visitors should not wear sleeveless shirts, shorts, short skirts or skimpy clothing when visiting places of worship, religious or official buildings. Shoes should be removed before entering a temple or private house. Sun protection, sun glasses, a hat and mosquito repellent can be very useful during your stay. A light sweater is recommended for the cooler evenings in Cameron Highlands.

OPENED: This date is available and open for bookings.
LIMITED: There are very limited number of available places on this departure. Immediate booking.
GUARANTEED: We have reached minimum numbers and this trip is guaranteed to depart.
CLOSED: This date is currently unavailable. Please contact us, if you are interested in travelling on this date.
Your Program Duration = 10 Days
All the Prices are in GBP (£) Per Person. 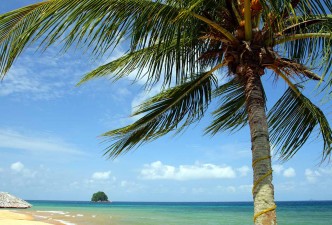 During this nine-day trip of Malaysia, learn all about the interesting…