The Yangtze River is famous in China and beyond, as the longest river in Asia and third longest in the world.

Back to China Itinenaries
Book this trip
Print this trip

The Yangtze River is famous in China and beyond, as the longest river in Asia and third-longest in the world. Much like that other Chinese icon – The Great Wall – the Yangtze not only traverses a great distance but also attracts countless visitors each year. As one of the highlights of China’s vast and diverse natural landscape, the Yangtze offers a gentle pace much at odds with the often frenetic flow of modern Chinese cities such as Beijing and Shanghai. Experience this contrast and come to appreciate just some of the many sides of the Chinese nation with nights in modern Shanghai, the mix of old and new in Beijing, and the ancient and enchanting Xi’an. From world-class nightlife to ancient history, the appeal of modern-day China grows by the day.

Great Wall: Stroll along the restored Badaling section and see the undulating wall disappear into the horizon

Forbidden City: Discover the majesty of the walled imperial precinct, which for centuries was reserved for China’s royalty

Great Mosque of Xi’an: Hidden in a lane in the Muslim Quarter is this extremely rare piece of Islamic-Chinese architecture

The Bund: Shanghai’s riverfront promenade is crammed with an eclectic range of buildings from the European colonial era

Chongqing City: At 14 storeys tall and located on the banks of the Yangtze, Hongyadong tower is a must-see

The Yangtze River: The longest river in Asia and third longest in the world, the Yangtze carries you on an eternal journey through China’s heartland.

Comfortable and light clothing is best suited to travel in the warm months and warm clothing in the colder months in China. Visitors should not wear sleeveless shirts, shorts, short skirts or sparse clothing when visiting temples, religious or official buildings. Sun protection, sunglasses and a hat can be very useful during your stay.

OPENED: This date is available and open for bookings.
LIMITED: There are very limited number of available places on this departure. Immediate booking.
GUARANTEED: We have reached minimum numbers and this trip is guaranteed to depart.
CLOSED: This date is currently unavailable. Please contact us, if you are interested in travelling on this date.
Your Program Duration = 12 Days
All the Prices are in GBP (£) Per Person. 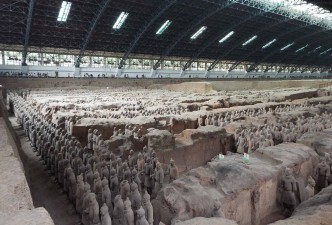 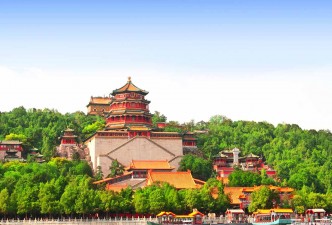 The Yangtze River is famous in China and beyond, as the longest river in Asia…

Embark on the adventure of a life time with this wonderful Historic China Tour.