Home AfricaMorocco
Back to Destinations

Embark on holidays in Morocco to indulge in some of the exotic sights, hop on the back of a camel while the sun is shimmering. The cultural and scenic diversity of this country will mesmerize you. Beautiful fishing villages on the Atlantic coast and bustling imperial towns in the north will blow you away, and not to forget the culinary and art that this country offers.

Offering a scenic coastline and one of Africa’s most sought-after cities, holidays to Morocco are considered one of Europe’s top tourist destinations.

A North African country bordering the Atlantic Ocean and the Mediterranean Sea, Morocco is distinguished by its Berber, Arabian, and European cultural influences. Marrakesh’s medina, a maze-like medieval quarter, offers entertainment in its Djemaa el-Fna square and souks (marketplaces) selling ceramics, jewelry, and metal lanterns. The capital Rabat’s Kasbah of the Udayas is a 12th-century royal fort overlooking the water. 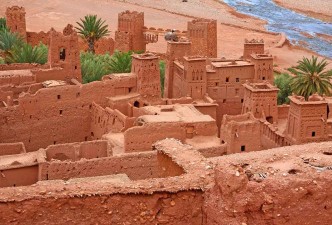