Home Greece Highlights of Greece
Back to Greece

Like the other earlier cultures of Egypt and Rome, Greece also has a fascinating early history with monuments still standing tall even after centuries. The Greeks have seen both sides as conquerors and have been conquered.

In 1821 the Greeks battled the War of Independence opposite Ottoman rule and established as an autonomous region in 1828. This was a great period for the Greeks as a lot of changes happen in this period. The World wars impacted Greece immensely, many battles were fought in Greece in the early 1940s, Athens was released from this occupation in 1944 and the Greek government was re-established. Greece joined the United Nations which facilitated the migration of many Greeks to other parts of the world, USA, Australia, and Europe were the popular choice for the migrants and witnessed hundreds of thousands of Greeks move to foreign lands.

Greece shares the land border with Albania, Bulgaria, Macedonia, and Turkey, located in Southern Europe and encircled by the Ionian, Mediterranean, and the Aegean Sea. Greece is mainly a mountainous region consisting of peaks, karsts, and canyons. It is an archipelago of more than 3000 islands consisting of the mainland peninsula. Though mountainous in nature, Greece have lands suitable for growing crops like olives, peaches, melons, grapes, tomatoes for export, and own consumption.

Mount Olympus the highest peak in Greece is popular for being home to 12 ancient gods in Greek mythology. The islands are generally unoccupied and formed in small chains within the Aegean Sea. Even though Crete and Evia are the largest islands in Greece, Santorini, Mykonos, and Corfu are the popular islands amongst tourists.

Ancient civilization has a major role to play in influencing Greece culture. The philosophy, drama, and government can all be accredited to ancient Greek civilization and it remains a great source of national pride. Traditional dance and music representing ancient culture are still respected a lot, regarded as a great way to show respect to celebrations of religious significance.

Greeks put off a high amount of value on kefi which somewhat refers to joy or passion. Life is supposed to be enjoyed to the fullest, that is why meals are enjoyed to the next level, social gathering is celebrated including drinking, dancing, and healthy discussions. Customs like dancing with a glass of water on your head and smashing plates are regarded as expressions of kefi.

Religious festivals play a great role in the life of Greeks, both in rural and urban areas. Although there many other festivals and rituals are performed in Greece, Christmas and Easter are especially important dates in the Greek calendar. 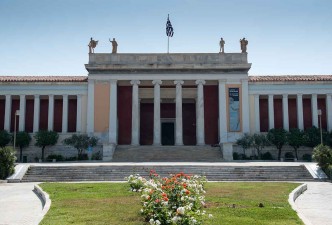 Observe the striking contrasts that make Athens such a fascinating city,…... 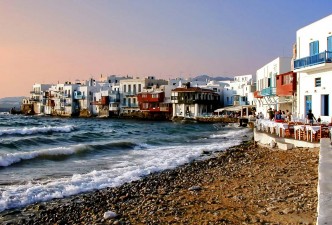 Get ready to adventure yourself into discovering the beautiful island, on…... Discover the island of Santorini, on your own. Stroll the delightful alleys,…...