Travel from the beaches to the mountains of Peru, crossing stunning mountain ranges and high plateaux in this fascinating 13-day route.
Back to Peru Itinenaries
Book this trip
Print this trip

Travel from the beaches to the mountains of Peru, crossing stunning mountain ranges and high plateaux in this fascinating 13-day route. Visit the main historical, cultural, and natural attractions of Lima, Ica, Arequipa, Puno, and Cusco, while delighting your sight with unique landscapes, pampering your palate with bold flavors, and experiencing the essence of the most traditional villages. Close your adventure with a visit to Machu Picchu, the impressive Inca citadel that captivates the whole world.

Islas Ballestas: Marvel at the natural diversity of Peru’s sea by visiting this natural sanctuary, home to species such as sea lions and the Humboldt penguin.

Nasca Lines: Appreciate these mysterious ancient geoglyphs from the air.

Arequipa: The jewel of the colonial era and the country’s gastronomic capital par excellence, Arequipa is surrounded by volcanoes, offering a memorable panorama.

Colca Valley: Appreciate the elegance of the condors soaring over this valley with a 4,000-metre-deep canyon, one of the deepest on the planet.

Titicaca Lake: It is the highest navigable lake in the world, and its islands are home to several communities that preserve their millenary cultures alive to this day.

Cusco: The ancient Inca capital is a fascinating blend of pre-Columbian culture and Spanish architecture.

Machu Picchu: Hidden amongst the vegetation, it invites visitors to step into the country’s past through its rooms, temples, bridges and religious sites, all built in outstanding harmony with the surrounding natural landscape.

Rates do not apply to Peruvians or residents with more than 60 days of stay. If passengers are Peruvians or exceed 60 days of stay, a sales tax (18%) will be collected by our local operator.
Domestic flight from Lima to Cusco must arrive no later than 10:30 hrs. Noon arrivals are too late.
Please note that check-in in most hotels begins at 13:00 hrs. Clients will be subject to the availability of the room if they arrive before, waiting in the hotel lobby.
If your trip includes the visit to high-altitude cities such as Cusco and Puno located at more than 3,400 metres, do not forget to take precautions in order to avoid altitude sickness. Passengers who have heart problems or high blood pressure should check with their doctor before travelling.
Upon arrival it is recommended you rest for a few hours, drink coca tea and eat lightly. As a reference, Machu Picchu is located at 2,400 metres.

IMPORTANT INFORMATION ABOUT THE NEW ENTRANCE REGULATIONS TO MACHU PICCHU

The current restrictions on visits to Machu Picchu allow a maximum stay of 4 hours in the citadel accompanied by a guide during the first entry. If the visitor tours an alternate route (Mountain Machu Picchu or Huayna Picchu) he/she will have 3 hours for this in addition to the 4 hours in the citadel. If the passenger wishes to enter the citadel again during the afternoon shift or the next day, he must previously acquire an additional ticket to enter during the new shift. There is no ticket sale point in the archaeological zone.
The following objects are forbidden within the premises: professional cameras that require lights and tripods, or are equipped with telephoto lenses weighing more than 2 kilos (in order to use them, special authorisation and an additional fee is required), drones, selfie sticks, sprays, high heels, walking sticks without rubber tips, banners and posters, sharp objects and backpacks that surpass the following measurements: 40cm x 35 cm x 20 cm.

Carry the same document that you presented to the agency, as the train tickets and entrance to Machu Picchu will be issued with the same information.
In all train services to Machu Picchu, passenger can carry only one piece of hand luggage (backpack, bag or briefcase) weighing no more than 5 kg. You will find your luggage at the chosen hotel. Allowed size: 157 cm (height + length + width)

After the prohibition of bringing single-use plastic items into the 76 natural reserves, including Machu Picchu, it is important to use reusable bottles. Lima Tours offers a water refilling point in our office in Aguas Calientes.

OPENED: This date is available and open for bookings.
LIMITED: There are very limited number of available places on this departure. Immediate booking.
GUARANTEED: We have reached minimum numbers and this trip is guaranteed to depart.
CLOSED: This date is currently unavailable. Please contact us, if you are interested in travelling on this date.
Your Program Duration = 13 Days
All the Prices are in GBP (£) Per Person. 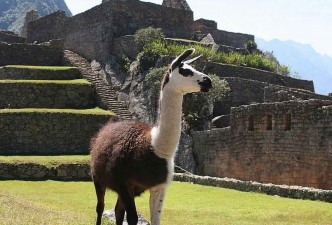