Stroll through the 16th-century walled city of Harar, the fourth most important city in the Islamic World. See the home of Arthur Rimbaud, a renowned French poet who worked and lived in Harar as a “gun-runner” during the 19th century. You will visit the house of Ras Mekonnen (father of Haile Selassie); and a traditional Harari home. The places of interest are Debre Libanos Monastery, Portuguese Bridge, and… 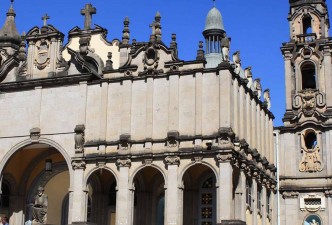 Drive to Holy Trinity Cathedral Church which has a unique architectural…

Ethiopia is blessed with peerless history and a very inspiring contemporary…