Home ArticlesRejuvenate Yourself with Nepal

From the frosty top of the world to sweltering heats of a Jungle safari, In Nepal, you can experience it all in a span of fewer than 10 days. Sandwiched between emerging economic giants China and India, Nepal is a tourist’s paradise. There are centuries old cultures, religions and temples intact; there are mountains staring at you from your hotel window; there are people, warm and welcoming. Nepal, literally, has it all.

Most tourists start off with Kathmandu, the capital city that is at once a modern city sans any coherence and a gateway to the glorious medieval architecture. Although the devastating earthquakes of 2015 did considerable damage to some of its UNESCO listed world heritage sites, there is more than enough to indulge in open-mouthed awe. Take Swayambhunath for instance, the famed monkey temple atop the 400-step stone staircase (you do not have to climb those 400 steps if you don’t want to) that provides a hawk-eye view to the Kathmandu valley. Lonely planet calls it ‘one of the definitive experiences of Kathmandu’. A beautiful amalgam of Hindu and Buddhist iconography is mystified by the smell of incense and butter lamps and the constant chants coming out of stupas and temples. You can even get a close look at the lives of modern-day Buddhists in one of the monasteries. And of course, there are monkeys. If you leave them alone, they will leave you alone. You can even offer them food, but it’s best not to.

After Swayambhunath, you can go to the Kathmandu Durbar Square. Durbar Square was once the political centre of the town, a place where kings lived and decided the fate of the kingdom. It is one of the many places that were hit particularly harder by the earthquake, but there is still enough left standing to wander around and enjoy the architectural glory. If you’re lucky, you might even catch a glimpse of Kumari, the living goddess of Nepal. The freak street and Makhan Tole that accompany the square may have lost the prominence they held in their glory days, but they are still two of the most interesting streets to visit in Kathmandu.

Next on the list is Pashupatinath, the sacred Hindu temple coupled with the busiest Crematory of Kathmandu. Although only Hindus are allowed inside the main temple, Pashupatinath with its cremation ghats, temples and colourful saints has plenty to offer. If you combine your visit to the Swayambhunath, the Durbar Square and Pashupatinath you will have absorbed thousands of years” worth of religion, culture and architecture in a very shorts span of time.

But Kathmandu is not where all the fun is. Yes, it’s an architectural powerhouse, but the unplanned frenzy of the capital city will soon tire you out. This is where Nagarkot comes in–the famous hill station where mountains appear outside your hotel window. Nagarkot is your escape, only 32 kilometres away from the messy mosaic that is Kathmandu, which compels even the most extroverted of people to search their souls on the backdrop of magnificent sunrise and sunsets. On a clear day, a stunning view of nearby mountains will make even the most anxious of us forget our troubles. But if you are an avid lover of mountains and know your Langtang from your Gauri Shankars, Nagarkot still leaves a lot to be desired. Travel along to Dhulikhel, a mountain-lovers’ paradise that offers, on a clear day, allows you a view of the stunning panorama of peaks—-Langtang Lirung, Dorke Lakpa and Melungtse, to name a few. Dhulikhel, only about 30 kilometres away from Kathmandu, also is an authentic Newari town, with temple-lined village square.

Durbar Squares and mountains will give you more than adequate share of inanimate wonders. For your share of the wild, animate breathtaking wonder, there is Chitwan National Park. Away from a couple of hours of bus ride from Kathmandu, this 932 sq km of World Heritage-listed forest contains a hoard of wildlife. Here, you will have a good chance of spotting one-horned rhinos, deer, monkeys, and more than 500 species of birds on your Jungle Safari. If the luck is on your side, you may even spot wild animals, leopards, sloth-bear and the majestic royal Bengal tiger. If you don’t mind the heat, you should stay there for a couple of days and make most of one of Asia’s favourite national parks. But if the heat bothers you, head on to Pokhara, the pathways to the Himalayas. It is also where a magnificent lake mirrors an equally gorgeous mountain.

Pokhara offers calm and serenity in ways no place else does. Paddle along the Phewa Lake, the lake that mirrors the famous Fishtail and other mountains of the Annapurna range, some of them no more than thirty kilometres away. Davis falls, Ghurkha Museum is also worth visiting. You could also just wander the streets of Pokhara, try new cuisines, and go to a bookshop. If you’re into paragliding, Pokhara is arguably the best paragliding spot in the whole wide world.

So, there you have it, from the Himalayas to ancient architectures to adventure sports, Nepal has it all. After all, Guardian Magazine has named it the best country to visit on 2017. ‘Pound for pound, it is a better value than Europe,” the article mentions. So pack your bags, take a deep breath and get ready for a laid-back, relaxed, rejuvenating experience. 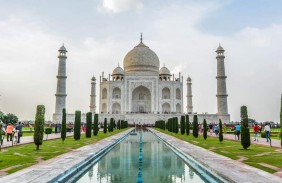 India is a South Asian country and is the second most populous country of the world. The country is known to have many places of tourist’s attraction; the places are full of natural beauty.… 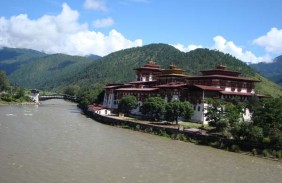 Bhutan is one of the Asian countries that you must pay a visit to, in case you are planning a visit Asia or an Asian country in the coming holidays. There are cheap… 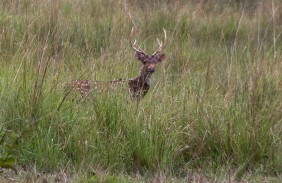 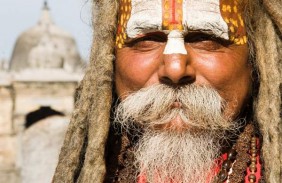 Lumbini is the distinguished place around the world as the birthplace of Lord Buddha. Furthermore, Lumbini has been enlisted as UNESCO Community History in world… 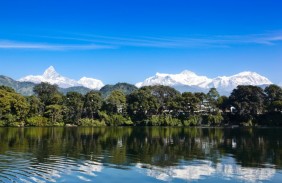 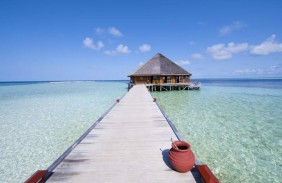 Are you soon to be married, and are having pre-marital jitters because there is a lot to do and time is running out? This is not something uncommon, on the contrary…

Best Of The West Self Drive

Delve into the country's greatest western experience! Big sights like the…